KDA has many development partners. The major partners that contributed for the changes came in Konso with KDA are as follow:
​
​European Union Delegation to Ethiopia: By the Civil Society Fund II 2nd phase which is intended to increase and improve the NSAs’ role in the national development and democratization process of Ethiopia, capitalizing on the lessons learnt from the work already done under its predecessor programmes (CSF I phase 1 and 2, and CSF II phase 1) as well as other programmes (Civil Society Support Programme - CSSP and the second  phase of Ethiopian Social Accountability Programme - ESAP 2) and other relevant EU budget lines (such as EIDHR). EU Supported Konso Community in different ways through different projects and programmes and currently signed an agreement with Konso Development Association (KDA) and implementing project named: '' Building Resilience and Adaptation for Climate Extreme Drought (BRACED Project'' under implementation in five Kebeles of Konso Woreda. The project brought many Changes with in the targeted area and needs more interventions due to the demands created by the project support.​
The project is implementing in Consortium with Vita/RTI, as a project co-applicants and KDA main partner. 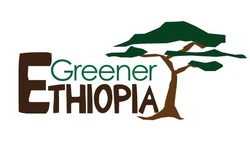